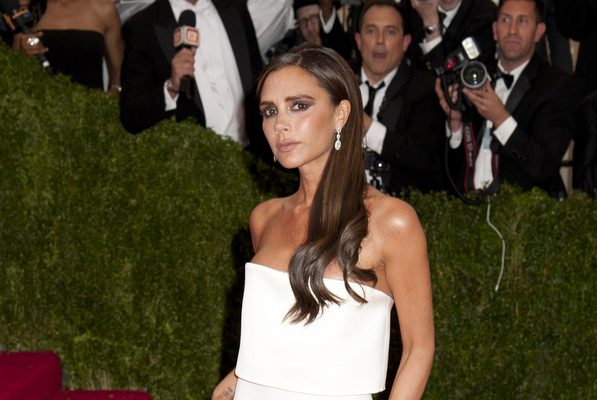 Victoria Beckham has been many things: a model, a singer, an actress, a fashion designer, a businesswoman, one half of Hollywood couple Posh and Becks, and a celebrity mom. Born April 17, 1974 in Essex, she became famous as Posh Spice after joining the world-famous pop group Spice Girls in 1994. The group was widely successful: They had 10 number 1 singles and sold over 55 million records worldwide before they split in 2000. Afterwards, Beckham pursued her solo singing career. Between 2000 and 2004, she released several singles, but after an initial success, her songs quickly began to decline in sales and popularity, effectively ending her solo career.

Since then, she has become an internationally recognized style icon and designer. Her fashion line Victoria Beckham launched in 2008 and has expanded considerably since then. Now a fixture at New York Fashion Week, her line has grown from dresses to include denim, eyewear, separates, fragrances, and high-end luxury handbags. In November 2011, she was awarded Designer Brand of the Year at the British Fashion Awards.

Apart from her professional success, Victoria Beckham has also been very successful in her relationship and love. She and husband David Beckham met in 1997 and were married two years later on July 4, 1999 in Ireland. Their extravagant celebrity wedding was rumored to cost ÂŁ500,000, and pictures showed the newlyweds sitting on golden thrones after the ceremony. The famous couple has four celebrity kids: sons Brooklyn (born 1999), Romeo (bron 2002), and Cruz (born 2005) and daughter Harper (born 2011).