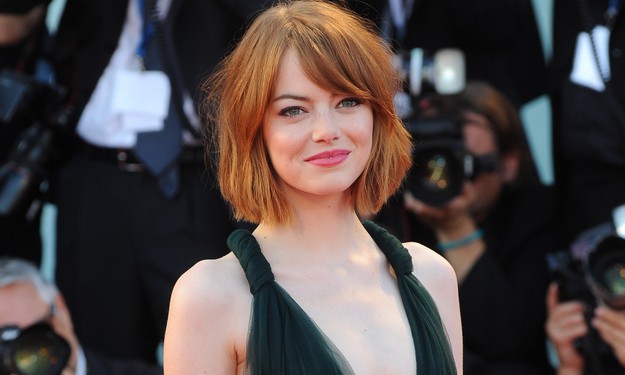 Emma Stone, born Emily Jean Stone on November 6, 1988, has become a comedic starlet, thanks to roles in Superbad, The House Bunny, Easy A, and Crazy, Stupid, Love. She was born in Scottsdale, Arizona, and at the age of 15, she convinced her parents (with a PowerPoint presentation!) to move to California so she could pursue an acting career. The actress has also appeared in the action film The Amazing Spider-Man.

Emma Stone has only had one serious relationship and love: She met Andrew Garfield on the set of Spider-Man, and the co-stars began their celebrity romance in 2011. Since then, the celebrity couple has gushed about each other in interviews, but according to celebrity gossip, theyâ€™ve had some trouble in the last year or so. In March 2015, after four years together, the Hollywood couple announced their celebrity break-up but have been spotted together post-split on multiple occasions. Who knows if these celebrity exes will reconcile, but we sure hope so!