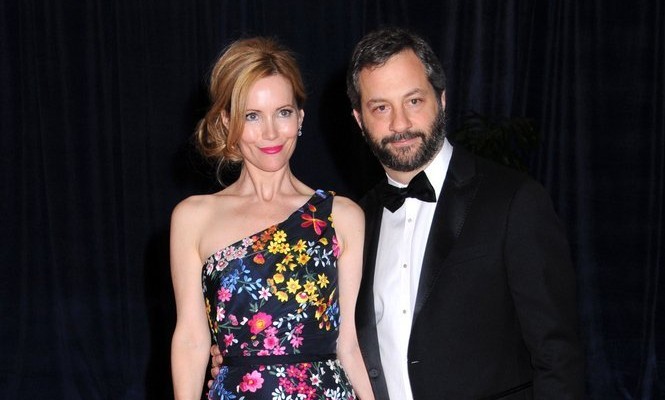 The hilarious actress and her film producer husband met on the set of 'The Cable Guy' in 1996 and were married a year later. Since then, this celebrity couple has worked together on a number of comedies, including 'The 40 Year Old Virgin' and 'Funny People.' Photo: Janet Mayer / PRPhotos.com