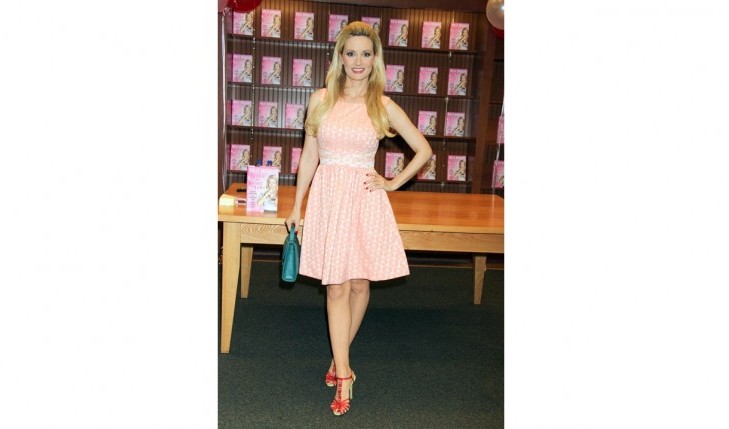 Holly Madison is a former Playboy Bunny and best-selling author. She has written two relationship books, including the #1 best-seller Down the Rabbit Hole: Curious Adventures and Cautionary Tales of a Former Playboy Bunny. The book sheds some light on the details of the Playboy Mansion, former love interest Hugh Hefner, and what it is like to be a Playboy Bunny. Her second book, The Vegas Diaries: Romance, Rolling the Dice, and the Road to Reinvention details what it is like to date in Las Vegas. Madison may be best known for her reality TV show, The Girl Next Door, which like her book went behind the locked gates of the Playboy Mansion. The reality TV star was once featured on Dancing with the Stars, but unfortunately she did not last long. She had her own reality TV show, Hollyâ€™s World but also appeared on other shows like CSI, Kendra, and Redwood Kings.

The former Playboy Bunny is now happily married to Pasquale Rotella. The celebrity couple had their first child together in 2013 and their second child more recently in 2016. For more talk on her second child, click here! Madison had a fairytale wedding in Disneyland, riding in on a Cinderella-like glass pumpkin, a flower-covered platform for the vows, and stunning views in front of the magical castle.