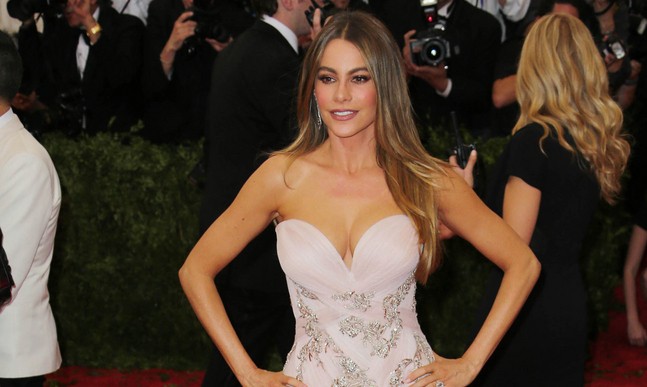 Sofia Vergara was born on July 10, 1972 and was raised in Barranquilla, Colombia. While in school, she studied pre-dentistry, but her life changed after a photographer discovered her at the beach. When she was 23 years old, she became a runway model. She first got exposure in the United States through the television show Fuera de serie in 1995. In 2002, she made her debut on the big screen in the comedy Big Trouble, alongside Tim Allen and Rene Russo. In 2009, she landed her breakthrough role as Gloria Delgado-Pritchett on the television show, Modern Family. Since then, she has received four consecutive Emmy nominations. During that same year, she made her Broadway debut as Mama Morton in Chicago. She has also had roles in Happy Feet Two, The Smurfs, Madea Goes to Jail, and, most recently, Hot Pursuit with Reese Witherspoon.

In regards to relationships and love, Sophia Vergara married her childhood sweetheart Joe Gonzalez at the age of 18 and gave birth to their son Manolo two years later. The couple divorced in 1993. In 2005, the actress was rumored to be dating actor Tom Cruise. In 2012, she got engaged to longtime boyfriend and New York businessman Nick Loeb. The celebrity couple called it quits in May 2014. Shortly after their break-up, she began dating Joe Manganiello of True Blood and Magic Mike fame. In December 2014, the famous couple announced their celebrity engagement after five months together, and were married November 2015 in Palm Beach.