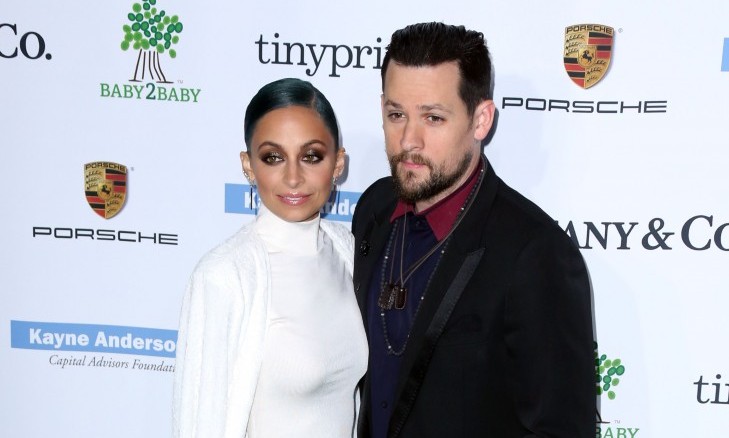 Ever look back on past relationships and love and wonder, “What was I thinking?” Don’t worry, celebs do that, too. While classic Hollywood couples like Brad Pitt and Angelina Jolie just seem meant to be, there have been many mismatched celebrity couples that stand out in the Hollywood dating scene.

He’s the tattooed rocker from the band Good Charlotte, she’s infamously childhood best friends with The Simple Life costar Paris Hilton. This celebrity couple seems like an unlikely match, but the pair got hitched in 2010 and have two kids.

Avengers: The Age of Ultron star Aaron Taylor-Johnson is only 23 but his wife of three years, Sam Taylor-Johnson, is 46. This celebrity couple doesn’t care about this huge age gap, though. He was only 19 when they started dating, but as for the age gap, he told The Times, “I never noticed it when we fell in love with each other. And I don’t notice it now…We just instinctively gel.”

Besides just the obvious difference in height (Olsen barely exceeds 5 feet while Sarkozy towers over her at 6’3″), there is also an 18-year age gap between the celeb love birds. This secretive Hollywood couple became engaged over a year ago.

One look at this couple may make you think, “How on Earth did those two date?” This mismatched couple dated in 2007, and they were briefly engaged before splitting up in 2010. Wood, who is 19 years younger than Manson, told People that she was attracted to Manson’s use of heavy black eyeliner.

Think Ryan Reynolds and you probably think about a pretty boy who gets all the ladies. It’s hard to imagine the Deadpool star dating soulful and infamously angry singer Alanis Morissette, but they were a big couple in 2002 and even got engaged in 2004. Morissette admitted that her album, Flavors of Entanglement, was all about their messy break-up.

When the incredibly talented singer, Josh Groban, and “foulmouthed” Kat Dennings started making public appearances as a couple, most people were wondering what these two celebs had in common. Apparently, they get along well, even if Dennings isn’t a huge fan of musicals. The Hollywood couple was spotted at the Tonys last week looking madly in love.

Martin and Lawrence seemed to be an unlikely pair when the Hollywood couple got together after Martin’s highly publicized split from Gwyneth Paltrow The pair had a 13-year age gap, and they seemed to run in different Hollywood social groups. While they split last fall after only a few months together, there are bits of celebrity gossip floating around about the two getting back together and moving in together.

Related Link: Are Chris Martin and Jennifer Lawrence Back Together?

Before Tom Cruise and Katie Holmes were taking over Hollywood, apparently the Mission Impossible star and Cher were an item in the ’80s. Cher has been quoted as saying that Tom is on the list of her top best 5 lovers.

9. Sarah Silverman and Michael Sheen
What happens when a profane comedienne and a British actor who studied at London’s Royal Academy of Dramatic Art get together? We’re finding out as more news about Silverman’s and Sheen’s relationship appears in celeb magazines! This celebrity couple has been together for over a year and seems to be going strong.

Julia Roberts is one of Hollywood’s royalty for sure, so many expected her to marry another famous movie star or celeb. But Roberts, after a string of highly publicized break-ups, got married to cameraman Daniel Moder in 2002. This unlikely duo is still together after nearly 13 years.

What other weird or unusual Hollywood couples didn’t make our list? Let us know in the comments section below!