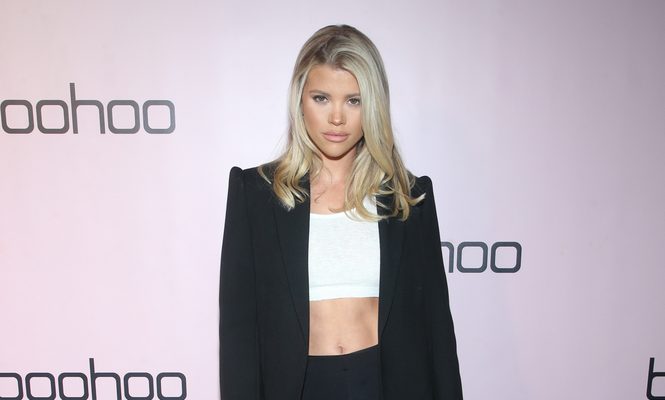 In the latest celebrity news, Sofia Richie and Jaden Smith were spotted getting flirty with each other at an L.A. beach last Saturday. The stars, who briefly dated in 2012, were photographed holding hands in the ocean, starting rumors that the two are starting things up again. According to UsMagazine.com, Richie’s previous relationship, with KUWTK star Scott Disick, was confirmed to have ended only two weeks before her beach date with Smith. Disick and Richie’s celebrity relationship was on an off a few times this year because of Disick’s complicated relationship with co-parent and ex, Kourtney Kardashian, but he and Richie are said to be completely over this time around.

In celebrity couple news, Sofia Richie may be moving on after her split from Scott Disick with Jaden Smith. How do you know you’re ready to move on after a break-up?

Moving on after a break-up can be one of the hardest things to do. There are a few ways to tell if you’re ready to start thinking about moving on, so if you’re thinking of trying to start dating again, Cupid has some advice for you:

1. Make sure you’re over your ex first: The last thing you want to do is start up a new relationship when you’re still not healed from your old one yet. This will make it harder to fully invest in someone new and might cause problems if you’re still hung up on your ex. Before rushing into a rebound, focus on taking care of yourself and making sure you’ve had time to heal before starting something new.

2. Take it slow: If you think you’re ready to start dating again, but you’re still feeling hesitant, try to take it slow. It’s okay to try and put yourself back out into the dating game, but consider moving your next relationship slowly, so you’re able to stop at any time.

3. Reflect on what you’ve learned: Think about your past relationship and figure out what went wrong. Try and focus on what you have learned and how you’ve grown, so you’ll be ready to start a new, healthier relationship.

What are some other tips for getting back into dating after a break-up? Start a conversation in the comments below!