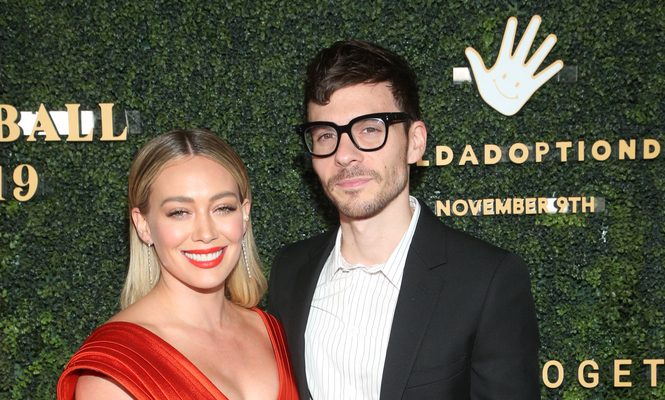 In the latest celebrity news, Matthew Koma has, seemingly, sparked rumors that he and Hilary Duff have secretly tied the knot. According to UsMagazine.com, the musician referred to Duff as his “wife” in an Instagram post shared on Saturday night. In the photo, you can see the actress mid-laugh as she’s dressed to the nines. Many fans began speculating about a possible wedding ceremony, but neither party responded. Instead, Duff posted a photo to her own Instagram the same night of the two, detailing that they were attending the AdoptTogether’s 2019 Baby Ball in Los Angeles.

In celebrity news, is it possible that Hilary Duff and Matthew Koma tied the knot in secret? What are some benefits to keeping your nuptials on the down-low?

It’s not uncommon for celebrity couples to secretly get married. Their entire lives are handed to the public on a silver platter. Privacy is something they don’t take for granted, so it’s understandable that there are some aspects of their world that they would like to keep separate. But, this isn’t just helpful for celebrity relationships. It can be just as beneficial for anyone to keep their private life… well, private. Here are some of Cupid’s best relationship advice on why getting married on the down-low can actually be a good thing:

1. Filtered social media: The advancements in the visual aspect of social media has changed how we get attention from our peers. However, if you become obsessed with recognition and likes, it can negatively affect your relationship. It begins to blossom when a couple notices that they’re more in love with the idea of their relationship being flaunted online than they actually are being in the relationship. Keeping your marriage private can help in keeping both of your motivations pure as you step into the next part of your lives together. It’s important to note when you’re in a partnership with another because you have a genuine bond versus when you love the views that social media gives you for that partnership.

2. Fewer riffs due to privacy: When you share almost every waking moment of your marriage online or with others, it hinders the relationship from having a bond that should be shared only with each other. Most spouses aren’t exactly excited to know that the majority of their relationship is exposed to third parties. This can cause drama and unnecessary issues in your marriage when others know about problems or complications that are normally kept quiet.

3. Less opportunity for exes to meddle: No matter what, it seems like some exes just don’t allow you to ever be happy. The only thing worse than friends or family being in your marriage’s business is if an ex is meddling in it as well. This can damage your relationship if your marriage isn’t built on the strongest of foundations. Disclosing information to your ex or those who know your ex can be harmful, and it should be something that isn’t taken lightly. Don’t allow yourself to be vulnerable, and always be wise.

What are some ways that you’ve found being private with your marriage has been beneficial? Let us know down below!