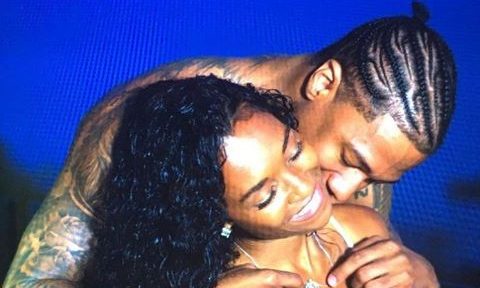 Apparently we’re getting a glimpse into the rumored celebrity relationship of Nick Cannon and rumored girlfriend Rozanda “Chilli” Thomas. The Mariah Carey’s ex and TLC crooner have been spotted together quite a bit lately, and the word on the street is that they’re a celebrity couple. In fact, E! News obtained an exclusive photo of the two in a new music video for Cannon’s new music video for “If I Was Your Man,” according to EOnline.com. Ā In the photo, the pair are wearing matching sleepwear, and Cannon is rapping to the camera with his open silk pajamas, while Chilli is behind him wearing matching lingerie. About the potential couple, a source said, “Nick loves how chill Chilli is. Chilli is very family oriented and into God. She is also a very spiritual person with a kind soul. She is not drama and that’s important for him.”

This rumored celebrity couple is going public with their romance in a big way. What are some defining ways to show your friends and family you’re in a new relationship?