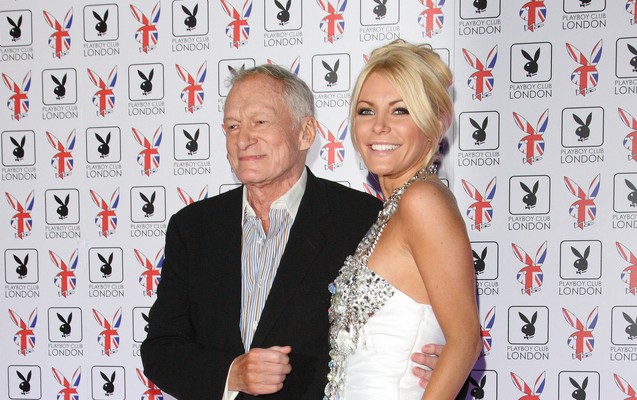 It’s the end of an era. American icon, publishing pioneer, activist and the ultimate Playboy – sadly passed away recently, at age 91. RIP Hugh Hefner! Since being founded in 1953, Playboy has been a notable American men’s magazine that specializes in lifestyle and entertainment. Of course it is most notable for featuring beautiful women. What would a Playboy be without beautiful women? The gorgeous women featured on the cover and in the magazine, are known as Playmates and Centerfolds. Playboy enterprises is a huge company, with many different divisions. They have accessories and clothing to Playboy TV. From 2005 until 2010, Hugh Hefner and his girlfriends, starred in the E! reality series The Girls Next Door. It starred Hugh Hefner, and the celebrity couple – his three girlfriends: Holly Madison, Bridget Marquardt and Kendra Wilkinson. Who could forget the theme song “Come on-a My House” and the funny adventures that played out on the screen? Hugh Hefner has notoriety for always being surrounded by beautiful women, and dating several of them at once. Hefner was married a couple of times, and is the father of four children. His celebrity relationships were always highly publicized. They often all lived with him at the famous Playboy Mansion. It doesn’t feel real that Hef is gone, but his memory and Playboy – will live on!