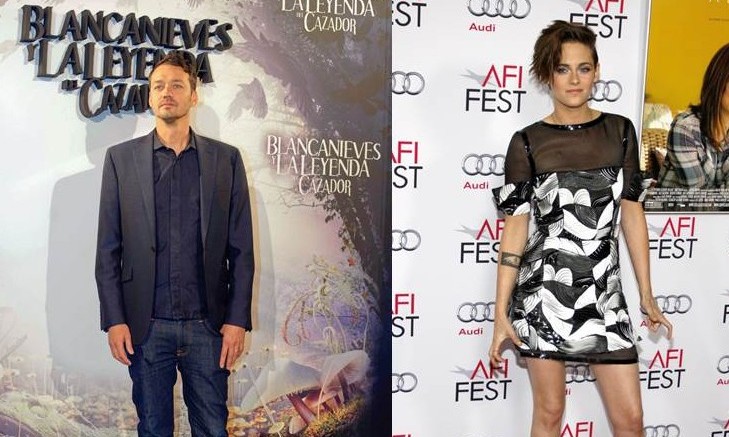 Celebrity scandals. Cheating. Infidelity. These plaster the headlines every day when celebrity couples are concerned. The most famous and beautiful people in the world sadly aren’t always satisfied in their own Hollywood couples and often go outside these relationships and love to find more lovers.

Sometimes, our favorite celebs cheat on their partners and we really can take it personally, even though we’re not involved at all. See which celebrity affairs really shocked us!

Twilight fans were distraught in 2012 when their favorite celebrity couple, costars Kristen Stewart and Robert Pattinson, seemed to be in trouble. Us Weekly published a photo of Stewart kissing “Snow White and the Huntsman” director, married Rupert Sanders. Sanders’ wife, model Liberty Ross, filed for divorce in 2013, while Pattinson dumped Stewart shortly after.

2.Â Jesse James and Michelle McGee
A week after Bullock won an Oscar for best actress in 2010, news broke that her husband of six years, Jesse James, had been unfaithful. The motorcycle star’s celebrity affair with tattooed stripper Michelle McGee came out when she sold her story to a tabloid. Bullock and James divorced shortly after even more women came forward and admitted that they had affairs with him as well. But this cheating celeb didn’t stop there. He dated tattoo artist Kat von D shortly after his break-up with Bullock. She would go on to admit in a blog post after their relationship ended that he cheated on her with at least 19 women.

3.Â Tiger Woods and Rachel Uchitel
In 2009, it was revealed that the golf pro had been cheating on wife Elin Nordegren with not just Rachel Uchitel, a club hostess, but at least a dozen other women. Woods even confessed having 120 affairs during his five-year marriage with Nordegren. The celebrity couple ended up splitting in 2010, with Nordegren receiving custody of their two children and a $110 million divorce settlement.

4. Hugh Grant and Estella Marie Thompson
English actor Hugh Grant is known for a lot of things in Hollywood and his affair with a prostitute, a huge celebrity scandal, is unfortunately one of them. In 1995, Grant and prostitute Estella Marie Thompson (also known as Divine Brown) were arrested after a policeman caught them in Grant’s car on Sunset Boulevard. Grant was dating actress Elizabeth Hurley at the time. To her credit, this celeb stood by him for another five years, but this Hollywood relationship ended in 2000.

5. Bill Clinton and Monica Lewinsky
Who could ever forget the infamous blue dress? For those who need a refresher, President Bill Clinton cheated on his wife, 2016 presidential candidate Hillary Clinton, with 22-year-old White House intern Monica Lewinsky. Although this happened in the late ’90s, we still can’t get over this scandalous political celebrity scandal that resulted in the president’s impeachment.

What other celebrity couple affairs and celebrity cheating scandals shocked you? Let us know in the comments section below!