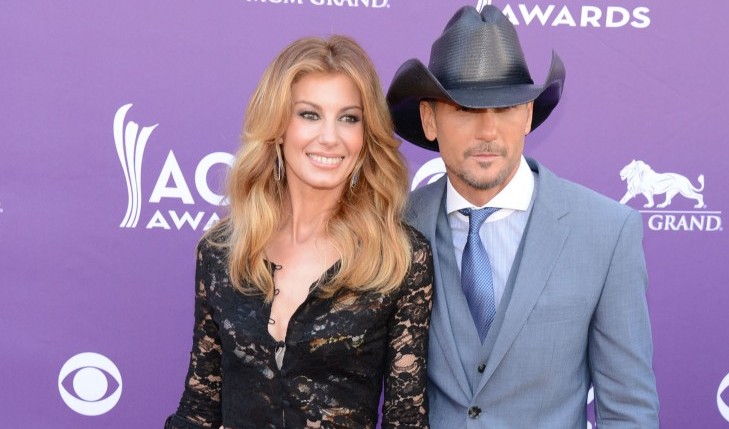 Tim McGraw and Faith Hill insist that their marriage is still going strong despite the recent tabloid reports about an inevitable divorce. “[Rumors] seem to be running like crazy right now for some reason. It’s perplexing,” Hill told People. “I don’t know why ‘happy’ can’t be a story.” The couple have been married for 17 years and have three children together.

How do you keep rumors from affecting your relationship?

A stable, committed relationship is hard to maintain when rumors are involved in the equation. As a couple, you and your partner have to remain strong and keep an open line of communication between the two of you in order to get past this. You have to have an extreme amount of trust, among other things, to look beyond the hurtful rumors that are being said about your relationship. Cupid has your back:

1. Communicate: One small misunderstanding can ruin a long-term relationship. If you hear something you’re not sure about, talk to your partner about it. Sometimes a piece of information can be taken the wrong way and can get back to you completely misconstrued. As long as you and your significant other remain open and honest with each other, any gossip you hear from family or friends should be able to go in one ear and out the other.

2. Ignore it: More often than not, the people who spread the rumors involving your relationship are looking to get attention from you and your honey. Don’t sweat it. The whole world doesn’t need to know the details on what’s going on with you and your boo. If you don’t feel like sharing the truth or even acknowledging the rumor swirling around, then don’t.

Related: Bruce Jenner Says ‘Nobody is Filing for Divorce’

3. Address the problem: Sometimes the best way to get rid of a problem is by confronting it head on. Let all of your loved ones know what’s going on before the rumors get out of control. You don’t have to tell everyone you know. Just tell the people who you consider to be in your close circle. As long as your close friends and family members know the real deal, the misinformation shouldn’t bother you and your partner as much.

What are some other ways to keep rumors from affecting your relationship? Comment below.