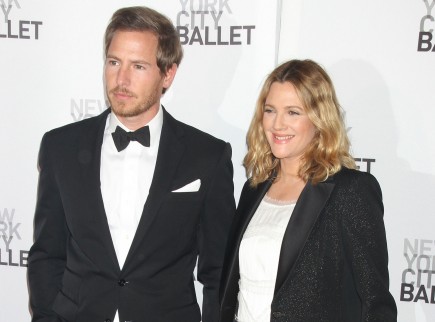 A congratulations is in order for Drew Barrymore and her husband Will Kopelman, who just announced that they’re awaiting the arrival of their second child. “Last time I never commented on it and people just stalked me the entire time,” Barrymore told People. “So yes, it’s happening, it’s true. I tried to keep a secret for as long as possible.” The happy couple are already parents to daughter, Olive.

How do you know when to announce your pregnancy?

You and your honey just found out that you’re pregnant, but now you have the nerve-wrecking taste of telling your family and friends. Do you tell them right away, or do you wait it out for a little while? Ultimately, the decision is up to you, but Cupid has some useful advice:

1. You’re starting to show: When you start to get a bit of a baby bump, it might be time to spill the beans. Many couples like to keep the pregnancy a secret until they’re sure that both the mom and the baby are out of harm’s way (possibility of miscarriage). Plus, the longer you wait to tell your family and friends, the more time you’ll have to make some important baby decisions without the hassle of your loved ones getting involved.

2. Your partner wants to share the news: Sometimes it’s hard to keep something as exciting as a pregnancy all to yourself, and your significant other may want to spread the word sooner rather than later. Don’t feel pressured to do or say anything you’re uncomfortable with. The decision to share the news should come from both of you, not just one.

3. People are getting suspicious: You want to be the first to let all of your loved ones know about the baby. So, if the people you care about are starting to wonder if you’re pregnant, then you might want to go ahead and let them in on your little secret. It won’t be much of a surprise if everyone figures it out before you say anything.

How did you know when to announce your pregnancy? Comment below.

Related Tags: Celebrity Couples, Drew Barrymore, Will Kopelman
Connect with Cupid
Did you like this? Share it: