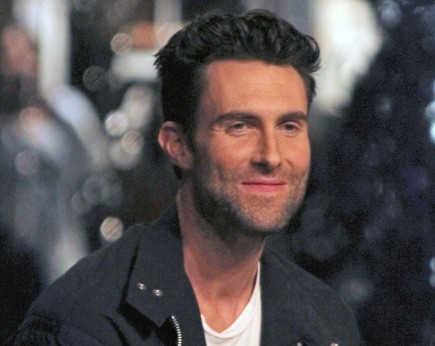 According to comments made to UsMagazine.com by multiple insiders, the Maroon 5 singer Adam Levine has been dating Sports Illustrated supermodel Nina Agdal since early spring. Levine was recently linked to Victoria’s Secret Angel Behati Prinsloo, whom he began dating in May 2012. A source close to Levine said, “Behati was in and out, but they finally ended it. It wasn’t an abrupt ending.” Levine has yet to comment publicly on their split.

When is it the right time to start dating someone new after a recent breakup?

Getting over a breakup can be rough, especially when you’re faced with the option of getting back in the dating pool. People move on at different speeds. Some can get back in the game in a matter of weeks, while others take months to fully feel OK with the idea of giving their heart away again. Ultimately, if and when you decide to date again is entirely up to you. To help make the decision a little easier, Cupid has some tips:

1. Mentally ready: Have you played around with the idea of moving on? If it hasn’t even crossed your mind yet, then it’s not the right time to let someone into your life. Don’t rush yourself into dating someone new when your head is still filled with memories of your ex. Getting into a relationship you’re not ready for will just make matters worse for you and your potential beau.

2. Emotionally ready: Have you stopped doodling your ex’s name all over your notebook? If you have, it’s safe to say you’re ready to open yourself up to new love and possibilities. Do you still get emotional every time you hear “your song” on the radio? If you still tear up when that song plays and every little thing reminds you of your former boo, you still need time to heal.

3. You’ve met someone: If you have already met someone who completely takes your mind off of your former flame, this may be a small sign that you are ready to start dating again. If you find yourself thinking more about the new guy than your ex, you might want to consider taking things to the next level.

When do you think is the right time to start dating someone new? Comment below.