Dating Advice: When Can You Trust Him? 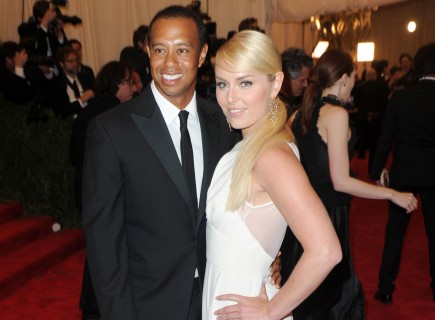 By Jane Greer, Ph.D. for GalTime.com

Sports celebrity couple Tiger Woods and Lindsey Vonn announced recently that they are officially an item after much speculation. Adding to the intrigue, of course, is Tiger’s history, which speaks for itself. It makes one wonder, how do you know if you can trust your new partner?

Take a typical dating scenario any single person might find themselves in: everything seemed great at first, then he canceled one date, and then another. The first time he said he had a cold, the second an old friend was in town. Last night he couldn’t make dinner because he said he had to work late unexpectedly. The thing is, you really like him and he keeps making future plans. But with his recent track record, can you trust that he’s going to come through on Thursday as promised? And what can you do so you’re not just stuck in a holiday pattern?

The first step to take is to have a back-up option — something scheduled in case he once again cancels the next date. That way if you’re already halfway through getting ready you will still have someplace to go. Most important, you won’t be alone and stranded with nothing to do. Next, if you do see each other again, check out his M.O. with a causal question, “Do you often change plans at the last minute?” If he says yes he does, then let him know you would rather leave things more open and flexible. Instead of making a date to go out on Friday night, ask him to call you at whatever point he knows he is going to be free. If you are still available, you’ll go out, and if not, you’ll try for another time. This will eliminate your waiting and wondering all week if he’s going to come through.

The bottom line is, if you’re not feeling that your time is being considered and that you’re important to this person, you especially want to make sure you look out for and take care of yourself. While it’s possible that three things came up in a row that he couldn’t help, and it has nothing to do with his feelings for you, you want to make sure you don’t feel like a puppet on a string. Avoid waiting around in limbo and stay active and involved in your own life. When you think about yourself and have something else to do just in case, you won’t get derailed by his thoughtless behavior.