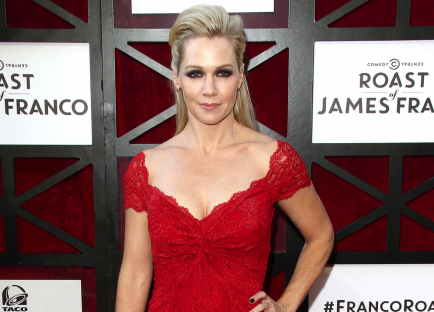 Actress Jennie Garth is back in the dating game and says “looks aren’t important,” People reports. The 90210 alumna split from husband Peter Facinelli in March. “When I’m in excruciating pain, like with what I’ve been through with my breakup and that grief and loss that’s just immobilizing, it helps to remember that it only lasts for 13 to 15 minutes, max,” she told Health it its January issue. What is Garth looking for now? “I like positive energy.”

How do you know when you’re being too picky about looks in the dating world?

There are a lot of fish in the sea. Some of them are weird, some of them are smelly, and some will explode from the pressure if they ever surface. If you get a bit, don’t let unreasonable standards jeopardize a quality catch. These are signs you might be being too picky in the dating world:

1. You overlook qualities: If you find other people appreciating qualities about your partner you hadn’t noticed, maybe you’re not looking at them hard enough. Be sure you don’t take any part of them for granted. Part of being happy in relationships is knowing when you have a good thing.

2. You focus on a few faults:Â  If you’re having second thoughts, make sure to ask yourself if a reasonable person would look at your date the same way. You could be nitpicking on a few detractors that you won’t even notice after becoming more comfortable with this person.

3. You expect acceptance: If you’re simultaneously hung up on trivial aspects of your partner and unable to appreciate their appeal, maybe they’re not the right one for you. However, it could be you hold yourself to a lower standard. Especially if you’re going to be shallow, there’s a limit to just how shallow you can afford to be.

Have you ever been too picky when dating? Share your experiences below!