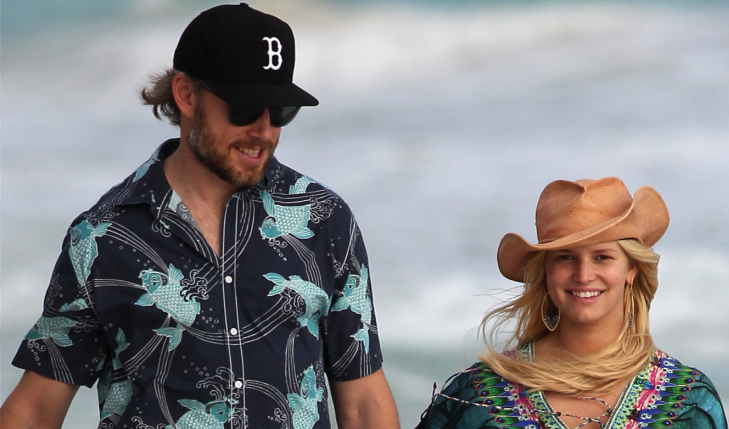 The rumors are true: Jessica Simpson and fiancĂ© Eric Johnson are set to become parents for the second time! According to People, the singer/actress announced her big news via Twitter with a picture of her 7-month old daughter, Maxwell Drew, in Christmas pajamas next to some sand with the words “Big Sis” carved into it. Speculation of a pregnancy has been circulating, as Simpson has been spotted in loose fitting clothing around town and a tight black dress showing a slight baby bump at Cacee Cobb’s wedding.

How do you support your partner through an unplanned pregnancy?

Finding out you’re pregnant when it’s not planned can certainly be a shock. Here are some ways to support your partner when the event isn’t part of your calendar:

1. Make plans: You may not have had plans to have a baby in the first place, but now that you’re having one, it’s time to nail down some plans. Talk it over and encourage your pregnant partner to calm down and get organized.

2. See a therapist: This may sound extreme, but it never hurts to unleash your feelings to an objective third party. Just letting out your fears about this unplanned period of time will help you cope.

3. Be supportive: Perhaps this may seem obvious, but being supportive every step of the way through an unplanned pregnancy is priceless. Just knowing that you are there for her to lean on will help immensely.

What are some other ways to support your partner during an unplanned pregnancy? Share your ideas below.

Related Tags: Eric Johnson, Jessica DeRubbo, Jessica Simpson
Connect with Cupid
Did you like this? Share it: