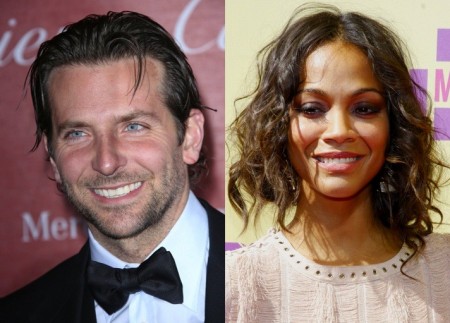 Acting couple Bradley Cooper and Zoe Saldana posed for photos at a candle-lit dinner Friday to celebrate the film Silver Linings Playbook, according to People. Stars Robert De Niro, Diane Keaton, Mel Gibson, and Jane Fonda also attended The Weinstein Company’s event at the Chateau Marmont. Cooper and Saldana met on the set of The Worlds in 2011, but split after three months of dating. Since September, they’ve been spotted together giving their romance another shot.

1. Comfort: You and your partner could still be testing the water. Make sure you each feel comfortable and have some clarity about your relationship before telling the world.Â  Wait until you know how to talk to each other.

2. Commitment: A few dates is a good start, but if you’re going to be with someone publicly then you should know that you’re both invested. Considering what you’re both looking for in a relationship, could making things public add extra pressure? A decent stretch of dates will make it easier to tell friends and familly about your special someone.

3. Future: Be aware of the stresses your relationship could encounter. If distance, responsibilities or baggage from previous relationships are going to threaten this new one, then you have to be careful. Don’t jump the gun before you’ve straightened out whether or not there’s a future as a couple.

Related Tags: Bradley Cooper, Dating Advice, Zoe Saldana
Connect with Cupid
Did you like this? Share it: