5 Dating Rules You Need to Break 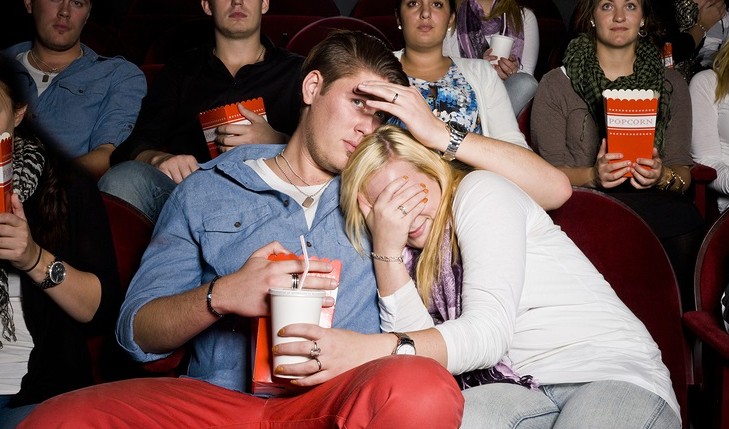 It should be fairly clear to most people that are trying to rekindle their love life that the way people meet and get to know each other has changed significantly in the last few years. Between online dating, and shifts in what is considered socially normal, it’s a shame that so many people still seem to stick to the same, tired old routine when it comes to dating, especially first dates. Here are five common rules that should probably be avoided:

1. Dinner and a movie are acceptable for a first date.

Breaking this rule actually has little to do with stepping away from cliche, and a lot to do with wanting to put yourself in an environment with your date where you have an easier time interacting them. This will result in doing the most productive thing you can be doing on a first date: getting to know them on a more personal level. While a dinner is almost universally acceptable for this, it’s definitely advisable to skip the movie, or at least save it for a later time. There’s nothing to be gained from sitting next to your date for two hours in complete silence.

Related Link: What to Wear on a First Date

2. The man should always pick up the check.

Due to a number of unfortunate factors, it’s becoming a widespread reality that most middle-class households in the future are going to depend on more than one income. A willingness to help out with the expenses associated with a pleasant evening out on the part of the woman, at least every now and then, isn’t about the death of chivalry, or any other such nonsense. It’s about an acknowledgment that times are tough, and that she’s perfectly willing to be a part of a two-person team effort to make life just a little bit easier.

3. Never kiss on the first date.

It simply isn’t the 1950’s anymore. Nobody’s saying that a woman has to compromise her own sense of morality when it comes to intimacy, and romance should certainly be allowed to progress at its own pace. Still, if a man treats a woman to a nice evening out on the town, and she genuinely had a good time, a nice, direct kiss when he’s preparing to tell her goodnight will tell him more about her desire to see him again in the future than words ever can. It’s the ultimate way to make sure that he’ll be thinking about her pretty constantly until the next time he talks to her.

This is a rule that seems to appeal more to an innate desire to not feel conscious of oneself while getting to know someone new than anything else, but it’s actually fairly silly. After all, you’re in a restaurant to eat, and if dinner is the only chance you’ve given yourself to get to know your date for the evening, you’re probably doing something wrong. Certainly, conversation shouldn’t be avoided, but there’s no point in breaking a sweat from trying to come up with filler just for the sake of avoiding silence. Silence among two people that are clearly attracted to one another can even denote a sense of comfort and compatibility, in its own way.

Related Link: Five Conversations to Avoid on the First Date

5. Talk at length about your personal history.

Even if you’ve gotten to know your date before first meeting with them, such as through online chatting or phone conversations, the importance of pacing yourself when allowing them to get to know you in person really can’t be stressed enough. Information about people you’ve dated in the past, or traumatic experiences that are sensitive talking points for you should probably be saved until you’ve spent a significant amount of time with your new partner. This is particularly true on first dates, and trying to reveal too much about yourself too quickly can be a good way to scare off someone that might actually be good for you.

This article was written by Karl Stockton, a writer with interests in relationship dynamics, corporate culture, and dating trends. This particular piece was penned for speeddate.com; visit them to see an online dating service, a critical aspect of modern dating.