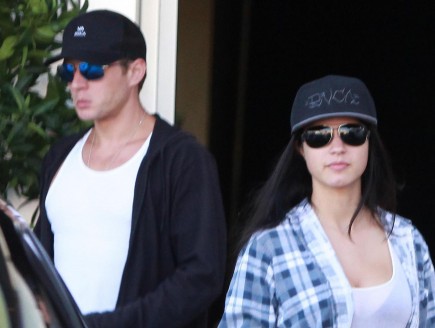 Project XÂ star, Alexis Knapp, was secretly hooking up with Family Guy and Ted creator, Seth MacFarlane while she was pregnant with Ryan Philippe’s baby. According to UsMagazine.com, Knapp began seeing MacFarlane after she broke up with Ryan Philippe. When reached for comment, MacFarlane’s rep insisted that the two are not dating, but a source says that Knapp really likes MacFarlane and wants the relationship to be official.

What are some ways to tell it’s time to move on after a split?

When a breakup happens, both parties can leave with different feelings about the failed relationship and their ex. Sometimes one partner may want to hash out old feelings while the other just wants to forget their feelings. Don’t be the one who can’t let go! Here are some ways to tell it’s time to move on after a split:

1. No phone calls: If your ex no longer calls you to set up a date or texts you to let you know what time he’s getting home, then it’s time to move on.

2. They have moved on: If you see that your ex is already talking to other people or just focusing on themselves without you, then you need to do the same.

3. Other people acknowledge the break up: If the people around you no longer refer to you as a couple, then its time to keep it moving.

How do you know when it’s time to move on after a split? Share your comments below.