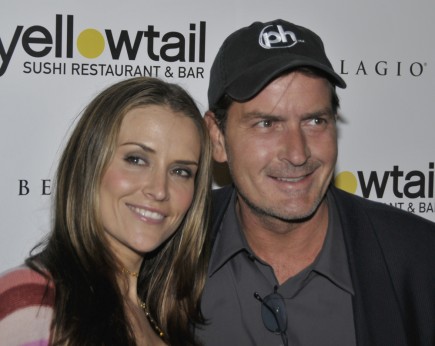 Exes Charlie Sheen and Brooke Mueller recently reunited for rour days to partake in a crazy long-lived binge involving drugs and alcohol, according to Celebuzz. This act, unfortunately, has landed Mueller back in rehab with the potential for going to jail. The mother of two is on probation from a drug arrest taking place in Aspen, Colo. in December 2011. Mueller’s rep confirms, “As part of her ongoing treatment and as planned, she voluntarily checked herself into a rehab facility several weeks ago.” According to a source, MuellerÂ “met up with Charlie again, partied for four days straight at his Mulholland Estate home and ultimately fell off the wagon.”

How do you know if your partner is a bad influence?

Your significant other is supposed to bring out the best in you, but sometimes he or she may have the opposite affect. Here are some ways to tell your partner is a bad influence:

1. You do things that you used to feel were wrong: Doing things you wouldn’t normally do can often be a good thing, as your partner should encourage you to come out of your shell. That said, if you find yourself partaking in things that used to trigger your moral radar, it’s time to come to your senses.

2. You’re breaking the law: This may seem obvious, but if you find yourself doing drugs you never used to consider or driving after drinking as you used to refrain from, beware of the bad influence.

3. Your friends are pulling away: One great way to tell that your partner is changing you for the worse is to judge your friend’s reactions. If you notice the contact you have with your friends is dwindling, it could be because of the negative affect your mate is having on you.

What are other ways to tell your partner is a bad influence? Share your thoughts below.

Related Tags: Brooke Mueller, Celebrity Couples, Charlie Sheen
Connect with Cupid
Did you like this? Share it: