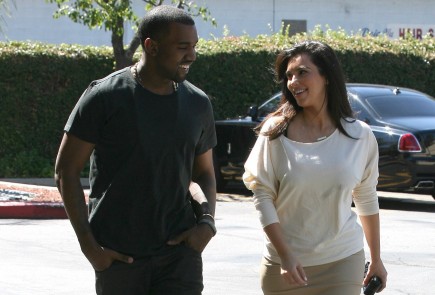 Â Rumored couple Kim Kardashian and Kanye West made their second appearance together in New York City on Saturday, reports UsMagazine.com. “They had drinks at the Mercer Hotel Friday night, then shopped all day,” said a source. Though neither party has confirmed the romance rumors, Kardashian took to Twitter to express her happiness. “Hi dolls!” wrote Kardashian. “I’m so happy to be in NYC with the whole fam! Fun week! Have a good weekend guys!”

Â What are some reasons to go public with your romance?

1. Recognition: It’s nice to be noticed as a couple. By going public, your friends can provide insight into your relationship and help you through some rough patches.

2. No hassle: Sometimes life can be easier when people know that you’re in a relationship. By letting people know you’re off the market, many awkward situations can be avoided.

Why did you decide to go public with your romance? Feel free to leave a comment below.

Related Tags: Celebrity Couples, Dating Advice, Kanye West, Kim Kardashian, Relationships
Connect with Cupid
Did you like this? Share it: