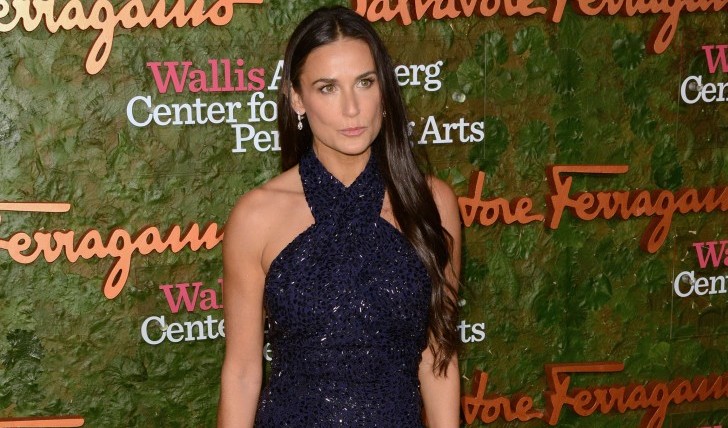 Demi Moore was spotted wearing a celebrity engagement ring. Could walking down the aisle be in her future? Photo: Andrew Evans / PR Photos

So far, both Demi Moore and Ashton Kutcher have kept quiet about their supposed marital woes, despite being constantly hounded by the tabloids. Although reports have recently surfaced that Kutcher cheated on Moore on their sixth wedding anniversary, the actress was still spotted on the red carpet with her wedding ring firmly in place.Â E! Online reports that Moore was not hurting for male companionship though, as she was surrounded by men at the NYC premiere of her latest film, Margin Call. Â Although men including Simon Baker, Paul Bettany, Penn Badgley and Zachary Quinto shared the red carpet with Moore, the actress did choose to attend the premiere without a very obvious date.

What are some ways to keep your marital woes from prying eyes?

Every marriage has its issues, but it’s how you handle them that counts. Cupid has some ways to keep your problems from curious outsiders:

1. Discuss in private: Although you may have the urge to talk to you partner about an issue you’re having immediately, do all that you can to keep it inside until the timing is right to discuss it … which is when you’re not in public.

2. Don’t spill to friends: When you’re angry with your mate, it can be tempting to run to your friends to complain. This will only serve to make things worse. Make sure to confront your significant other before confiding in your pals.

3. Interact in public minimally: If the problems in your marriage are big, it’s probably best to stay out of the public eye together. The temptation to fight despite the fact that you’re in front of people can sometimes be too great when your issues are major. Practice some independence from each other during this time.

What are other ways to keep your problems from your peers? Share your thoughts below.