Gene Simmons: I Proposed Months Ago 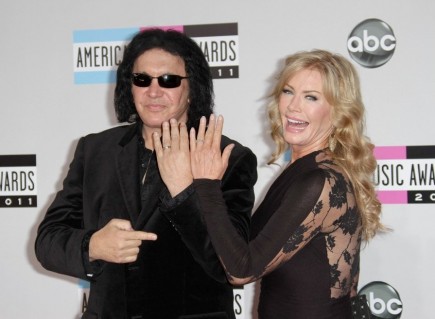 After sharing 28 years in a relationship together and two children with girlfriend Shannon Tweed, Gene Simmons finally mustered up the courage to get down on one knee. In Tuesday night’s finale of A&E’s reality show Gene Simmons Family Jewels, Simmons told Tweed, “You’re the only friend I’ve got. You’re the only one I love … and you’re the only one I ever will love” before proposing. An insider recently revealed to People that the proposal scene was shot “several months ago” and that the couple’s relationship has been on the rocks ever since. The couple once described themselves as “happily unmarried” and we’re waiting to find out if there will be an “I do” to seal the deal.

What are the advantages of tying the knot over simply living together?

Marriage is a big responsibility. As a result, the rate of cohabitation among couples has increased drastically in the last few decades. Sometimes, however, there are perks to tying the knot. Cupid has a few:

1. Commitment: Marriage is a profession of two people’s commitment to one another. You and your partner will both feel more secure about the future of the relationship if you’ve made the commitment to spend the rest of your lives together. Marriage increases people’s trust in each other.

2. Quality: It’s not just about your thoughts about what the future might bring. It’s also about the current state of the your relationship. Husbands and wives report greater satisfaction and fairness in their relationships.

3. Together: Couples who simply live together have a higher chance of splitting than those who are married. There are no definitive explanations for this difference, but we just know that it’s one more reason why it may be better to take a walk down the aisle!

What are other benefits experienced by married couples? Share your thoughts below.