Pippa Middleton and Boyfriend Alex Loudon Said to Have Split 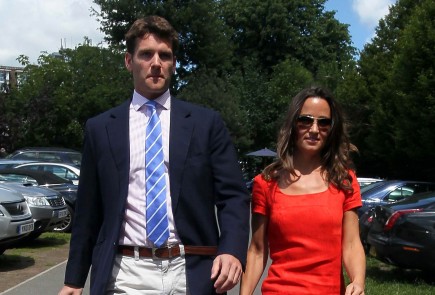 Looks like love isn’t in the air for Pippa Middleton, the younger sister of the new Duchess of Cambridge, Kate Middleton.Â  According to People, Pippa and boyfriend Alex Loudon who accompanied her to the royal wedding, have called it quits. The Sun reports that it was Middleton’s newfound celebrity that put a strain on the relationship, though the pair will remain “good friends”.

How do you know when it’s time to call it quits?

It’s hard to know when a relationship has truly run its course and it’s time to end it. Cupid has some tell-tale signs:

1. Seems like a chore: If you feel like seeing your significant other everyday is more of a chore than something you choose to do, that may be a sign that the spark and excitement no longer exists in your relationship, and you should start moving on.

2. You want to go out and meet new people: If you’re having the urge to go out, meet new people and imagine what things would be like with someone different, then it’s most likely time to go with your gut and do just that.

3. You argue over everything: If you and your significant other seem to be getting into arguments over the tiniest things and it’s a constant occurrence, maybe the two of you really aren’t right for each other.

How did you know when it was time to call it quits?Â  Share your stories below.