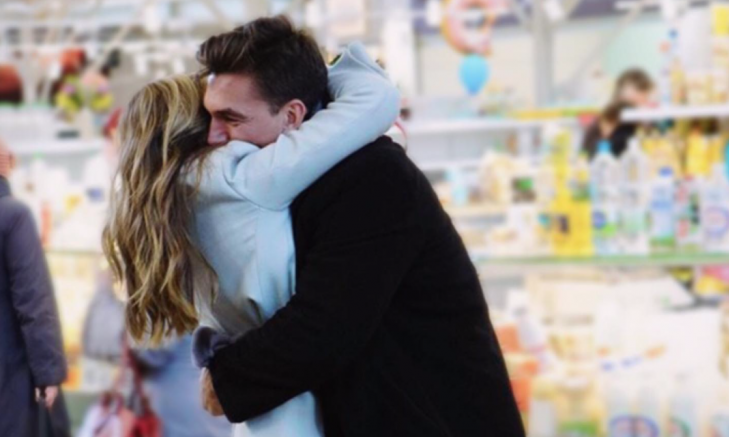 In the latest celebrity news, Tyler Cameron spoke up after James Taylor, a former contestant on a previous season ofÂ The Bachelorette, spoke out against Hannah Brown. According to UsMagazine.com, Cameron clapped back at Taylor after he said that “[Hannah doesn’t] have to dry hump em all,” accusing Taylor of using this as a way to stay relevant. Cameron is one reality tv star willing to stand up against Taylor’s attempt at slut shaming.

In celebrity news, one of the guy’s still competing for Bachelorette Hannah Brown’s heart has had enough of James Taylor’s slut shaming comments. What are some ways to stand up for your partner?

When you’re in a relationship, you want to see your partner happy. If someone is saying or doing things that hurt them, you want to stop what is causing their pain. Cupid has some advice when it comes to standing up for your partner:

1. Don’t allow people to talk down to them in front of you: You may have fallen in love with your partner, but that doesn’t mean your friends or family have. There may be times when someone in your circle treats your partner like they don’t deserve you, or talks down to them. It is important that you step in right away. You want to set the precedent you will not allow them to treat your partner disrespectfully.

2. Shut down negative influencers: Not everyone will say the negative things they think in front of your partner. Some will save their opinions to share with you when your partner is not around. Do not feed their negative opinions by listening and allowing them to say whatever they want. Shut down their negative talk right away, and make them aware that you won’t tolerate it in the future. You chose your partner for a reason; don’t let other people’s negativity influence your feelings in your relationship.

Related Link: Celebrity News: Are Khloe Kardashian & French Montana Getting Back Together?

3. Be on their side: There could be times when someone in your circle of friends or family says or does something to your partner that upsets them when you’re not there to stop it. If your partner lets you know they’ve been hurt by something a family member or friend did or said to them, make sure they know you have their back. Call the friend or family member and discuss the incident and make it clear it was upsetting and unacceptable. You don’t have to be mean; have a respectful conversation, but make it clear that such actions cannot continue.

What are some ways you would stand up for your partner? Let us know your thoughts in the comments below.

Related Tags: Bonnie Griffin, Celebrity News, Hannah Brown, Reality TV, The Bachelorette
Connect with Cupid
Did you like this? Share it: