On-Again! Celebrity Couple Nikki Bella & John Cena Are Back Together After Calling Off Wedding 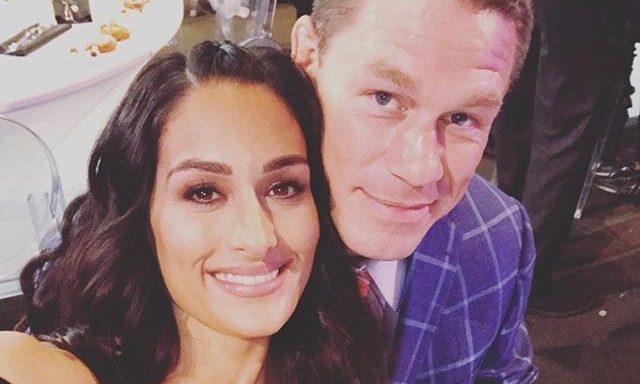 In celebrity news, it looks like Nikki Bella and John Cena found their way back to each other. According to UsMagazine.com, almost two months ago Nikki Bella called off her engagement to the WWE star. The deal breaker for the celebrity couple was Cena not wanting children. After six years, the pair split, but once Bella, 34, heard that Cena, 41, wanted to be “the father to her children” on television, five days later the couple were spotted together again. Sources close to the couple say the break ended up helping their celebrity relationship. Sounds like a happy ending for the WWE stars.

It looks like this celebrity couple weren’t ready to call it quits after all! What are some ways to decide whether to get back together with your ex or not?

Apparently time does heal wounds. A deal breaker for Nikki Bella turned into the very thing that saved her relationship. Cupid has some advice on how to decided whether to get back with an ex or not:

1. Evaluate: Evaluate the situation. Specifically, what was the straw that broke the camel’s back? From there you ask yourself, “can it be fixed?” Sometimes when you stop and assess the situation, you find your answer. It’s possible you realize your break up was over something petty and you can move forward. On the other hand, you could also recognize that maybe it’s best that you part ways with your ex. While happiness is the goal in a relationship, keep in mind that you both have to be happy. It would be like going the wrong way down a one way street; after you pass the “Do Not Enter” sign, it’s on you.

Related Link: Relationship Advice: Don’t Let Him Be the One Who Got Away

2. Compromise: You have to ask yourself if you are willing to compromise. You should never change for anyone, however, there is nothing wrong with a little negotiating. Stop and figure out where the problem is coming from. Nobody is perfect so maybe a slight tweak on both ends could help. If your partner truly makes you happy and you aren’t ready to let them go, discuss a compromise. Cupid encourages you to remember, a compromise is a settlement involving two or more; both sides need to work on things to better the relationship.

Related Links: Relationship Advice: 4 Reasons To Leave The Past In The Past

3. Acceptance: This may be the hardest part of considering going back to an ex. For whatever reason you broke up, the two of you are now communicating about mending your relationship. If everything is a go, remember you are now accepting what has happened in the past and moving forward. It’s like that annoying, “Terms and Conditions” box that nobody reads but just hits “accept”. If you are not careful, it could come back to hurt you. You are agreeing that you will give this relationship another go. Cupid’s only advice with this is to never bring up the past. Cue the “Terms and Conditions” coming back to hurt you.

What ways do you use to figure out if you should go back to an ex? Share below.