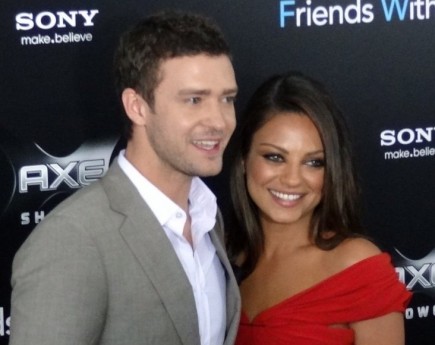 Friends with Benefits costars, Justin Timberlake and Mila Kunis are friends and nothing more, reports People. Timberlake, who split from girlfriend of four years Jessica Biel over the weekend has been linked to his on-screen girlfriend, Kunis. Sources close to Timberlake deny that Kunis had gotten in between Timberlake and Biel, saying, “In fact, no one came between them. They decided their relationship ran its course and it was time to move on.”

Is there someone else to blame for your breakup?

It’s easy to point fingers and put the blame on someone else, especially when it comes to a breakup. It may be easier said than done, but taking anÂ unbiasedÂ look at things may reveal some surprising facts:

1. Take a step back: Try to look at the situation with new eyes. Did someone else come between you and your partner or were you simply growing apart?

2. Give it time: It may be easier to take a few months and then re-open the situation once your emotions have settled down. Think back to how things were at the end of your relationship. You may find there’s no one to blame but yourself.

3. Warning signs: You may have missed the warning signs that the end of your relationship was near, but they were definitely there. Once your excuses for his bad behavior are lifted, you may see things differently.