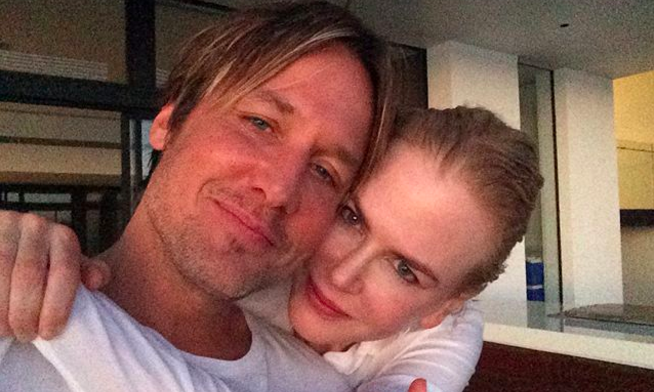 In the name of country music! Country is one of the most popular genres of music. For decades, it has been ruling the charts. One of the reasons that country music is so popular is because it is very relatable to everybody. Country songs are usually about family, friends, God, and of course – love. Whether it’s an upbeat country pop song about hanging out and having a cold beer after working hard, or a love ballad about a breakup – the country music genre has it covered. Country music celebrity couples tend to have long lasting marriages and relationships, and they typically have families – where they are very hands on and involved with family life. It’s incredibly refreshing, especially in this day and age. (Their celebrity weddings are always beautiful!) These celebrity relationships are here to stay. Johnny Cash and June Carter were the King and Queen of country music and married life. Now there are more country music couples following in their footsteps, and we couldn’t be happier for these healthy and loving relationships!

1. Faith Hill & Tim McGraw: This kiss! Two of country music’s biggest stars, Faith Hill and Tim McGraw, have been together for 20 years! They are happily married and proud parents, to three daughters. They have each stated that they respect one another, and value their marriage as the most important thing. They have never spent more than three consecutive days apart from one another. Just like Taylor Swift sings in one of her earliest hits ‘Tim McGraw’ – “When you think Tim McGraw, I hope you think of me.” When this beautiful couple performs duets together, swoon!

2. Martina McBride & John McBride: This country couple keeps it all in the music business! Country singer-songwriter, Martina McBride, married sound engineer – John Mcbride back in 1988. They have been together for 28 years! The couple has three daughters together. After becoming a mother, she made it clear she wanted to be present in her children’s lives – so cut back on touring. The two make sure to put family first!

4. Keith Urban & Nicole Kidman: Country superstar, Keith Urban, is known for his incredible music, powerful stage presence, and for being super down to earth. It is widely reported that he is as humble as they come! For ten years he has been with award winning actress – Nicole Kidman. This pretty pair is for sure a power couple! They have two young daughters together – Sunday and Faith.

5. Garth Brooks & Trisha Yearwood: This country couple – is country music royalty. Garth Brooks and Trisha Yearwood, are each successful country music artists. They have been together for 11 years! He proposed to her in front of 7,000 fans and the duo wed in 2005. They live a happy, humble, pretty private, life in Oklahoma. They celebrate their wedding anniversary every year with family, and make family their top priority. Cheers to the King and Queen of Country Music!

Who are your favorite country music celebrity couples? Share below!