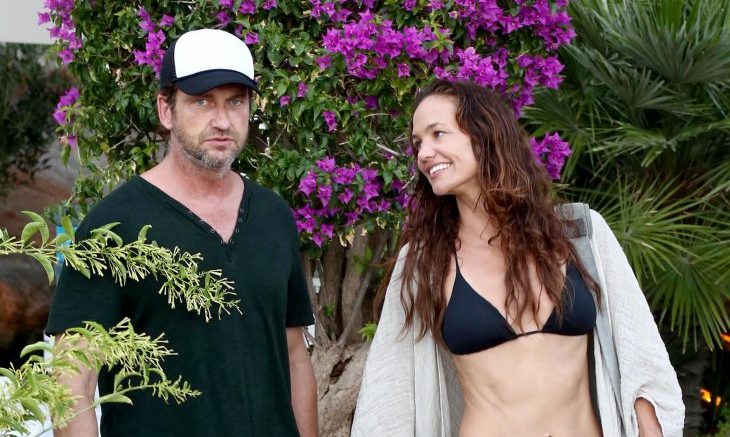 Looks like they’re going their separate ways. After their off-again, on-again relationship, celebrity couple Gerard Butler and longtime girlfriend Morgan Brown have split up. According to UsMagazine.com, the former pair started their relationship in September 2014 when they were seen on a PDA-filled trip to a beach in Malibu. They then often showed themselves for the next two years, including in July when they were spotted on a romantic getaway in Capri, Italy.

These two were in an on-again off-again relationship before their celebrity break-up. What are some factors to consider before finding yourself in an unsteady relationship?

Relationships can be tricky, especially if you’re trying to convince yourself that you want this relationship to work out. However, you may not be finding yourself as happy as you wanted. Cupid has some relationship advice to make sure you’re in a steady place with your partner:

1. Fighting: How often do you fight with your partner, and what is it usually about? Are they just little things, where you start to get annoyed with each other for anything they do? Or are they bigger issues? If the arguments are constant, and nothing seems to be getting fixed, that may be a red flag telling you to back away. You probably wouldn’t want to get back together and keep the same pattern of fighting.

2. Happiness: You may think you love your partner because you’ve been together for so long. You also need to ask yourself if you are happy in the relationship you’re in. If you’ve been dating your significant other for a long time, but you seem to be feeling worse, or you’re at this constant, steady, boring state and you can’t get out of it, you should rethink where you stand in the relationship.

Related Link:Â Does Your Past Interfere with Your Present?

3. Past Relationships: Take a look at who your significant other had dated in the past. Did the relationship end rocky? Or was it a relationship where they were on and off again? Maybe you also had a past relationship that is too similar to the unsteady one you’re in now. Don’t let history repeat itself and jeopardize a healthy relationship.

What did you consider before getting into an unsteady relationship? Tell us in the comments below.Â

Related Tags: Celebrity Breakups, Celebrity Couple, Celebrity News, Gerard Butler
Connect with Cupid
Did you like this? Share it: