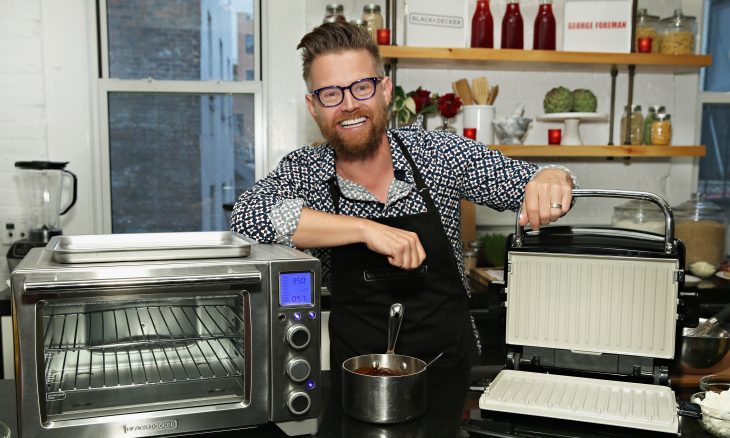 Chef Richard Blais can say one thing few people can: He won Top Chef All-Stars. The fact that Chef Blais won the competition is no surprise, considering his past training experience. Educated at the Culinary Institute of America, Blais continued his training at The French Laundry, el Bulli, and other top restaurants. Blais, while being a TV personality and famous chef, also created an innovative food company, Trail Blais Inc., which operates many restaurants in Atlanta and California. The celebrity chef also wrote Try This at Home: Recipes from My Head to Your Plate in 2013, and was nominated for the excellency of the cookbook. The top chef often appears on reality TV cooking shows as a judge. In fact, he was the main judge of Top Chef Boston while also appearing in Cutthroat Kitchen, Hungry Games, and Iron Chef America. His five famous restaurants range from upscale burgers (FLIP Burger Botique) to modern tastes (Juniper & Ivy and The Crack Shack). He recently debuted a line of BLACK+DECKER and George Foreman appliances as well.

In terms of his love life, the celebrity chef is happily married to Jazmin Zepeda and they have two daughters together. They both began their careers in the restaurant world. In fact, she was a bartender at the restaurant where Blais was the chef.