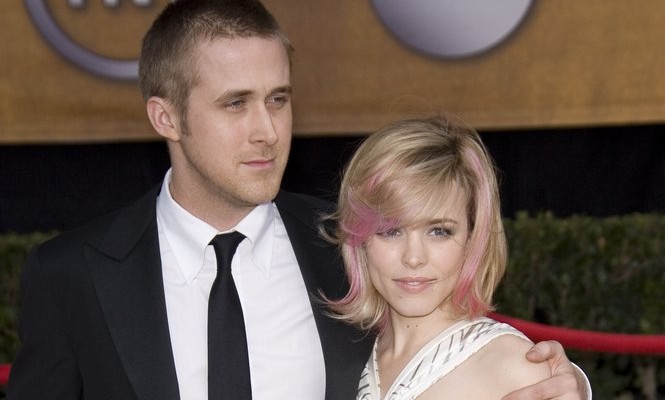 One of the best parts about romantic comedies is that moment when the main characters finally have their big first kiss. The entire plot in these movies usually builds up to that one big moment. The stars align, we hear the appropriate music playing in the background, and it’s as if we can see birds flying around the couples’ heads. Some of our favorite celebrity couples star in these movies! We love watching these celebrity relationships on the silver screen in the form of celebrity videos.

1. Titanic: “I’ll never let go!” Arguably one of the most romantic films of all time is Titanic. The 1997 James Cameron film starred Leonardo DiCaprio and Kate Winslet. To this day, it remains a classic! There are a few kisses in a few scenes of this movie that earn it a spot on our topÂ kiss list.

2. Spiderman: This will go down as one of the most epic kisses of all time! The famous Spiderman kiss is iconic. Tobey Maguire and Kirsten Dunst starred in the 2002 flick, and it is definitely one of the best steamy movie kisses. This comic book classic is one for the books.

3. Juno: Juno is a cute movie and is cleverly written. In fact, Diablo Cody won the Academy Award for ‘Best Screenplay’ for it! Juno and Paulie Bleeker finally tell each other how they feel about one another, and kiss, toward the end of the film. The scene is also made comedic, as their friend looks on at cheer practice. They are young, fresh and genuine. The sincerity of this couple earns them a spot on our list.

4. Walk The Line: The love story of Johnny Cash and June Carter is truly inspiring! Watching the biopic, Walk The Line, is beautiful, too. Joaquin Phoenix and Reese Witherspoon star in the film, and at the end they share a steamy kiss on stage. It’s definitely one of the steamiest movie kisses of all time. “Because you’re mine, I walk the line” is right! The role even earned Witherspoon an Oscar for “Best Actress” and Phoenix and Witherspoon both won Golden Globes for their portrayals as well. This true love story gives us all hope. Johnny Cash was once asked about his idea of paradise and he replied, “This morning, with her, having coffee.” Perfection!

5. The Notebook: Is there anyone on this plant who hasn’t seen The Notebook? Author, Nicholas Sparks, outdid himself with this one when he wrote the book the movie is based upon. The film became an instant romantic classic, just as the novel was a #1 New York Times Bestseller. The movie starred Ryan Gosling and Rachel McAdams, and there are a couple of steamy kisses in the film that top our list! “If you’re a bird, I’m a bird.”

What are your favorite movie kisses? Tell us in your comments below!